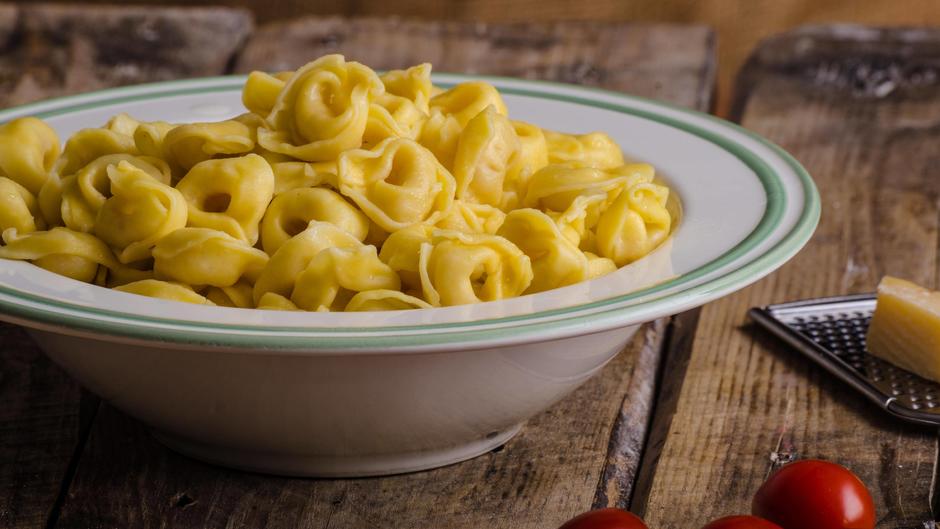 Fresh pasta from the cooling shelf

Pasta lovers swear by filled dumplings. Whether tortelloni, ravioli or cappelletti – the perfect ratio of dough and filling makes the filled pasta tarts real gourmet bites. However, it takes a lot of time and a sure instinct to make it yourself, so that many amateur cooks also like to fall back on fresh ready-made products, with which the pasta can be prepared in boiling water in two or three minutes.

Stiftung Warentest tasted 19 tortelloni from the supermarket refrigerated shelf and checked them in the laboratory.

Tortelloni filled with spinach, cheese or meat in the test

The dumplings tested included tortelloni with ricotta, spinach, meat and cheese filling, including branded goods and cheaper products from retail chains such as Aldi Nord, Aldi Süd, Lidl and Rewe. In the pasta filled with spinach, the tortelloni from Hilcona  and Rewes Beste Wahl  received the quality rating “good” (2.0) and therefore the best.

In addition to the taste, the smell, the mouthfeel, the nutritional value and the ingredients of the ready-made pasta were also assessed – with special consideration for germs and pollutants. The declaration of the ingredients and the type of packaging also play a role in the test.

Pollutants and germs – stay away from these tortelloni!

The Rana spinach tortelloni were  rated with a 1.0 in terms of taste and sensory quality, but the product was only rated “sufficient” (4.1) by Stiftung Warentest because of the germs found in the dough pieces . The “Italiamo Premium Pasta Tortelloni Ricotta Spinach” from Lidl fail completely at Stiftung Warentest, as they were contaminated with the harmful substance chlorate, as the check in the laboratory showed. You get a “poor” (4.7) .

When it comes to tortelloni filled with meat, Steinhaus is  the winner. The company has been in the pasta business since 1980 and has manufactured around half of the products tested by Stiftung Warentest. There is its own pasta under the name Steinhaus in the refrigerated shelves. The company also supplies the retail chains Aldi Nord and Süd, Rewe and Lidl – without any noticeable loss of quality! The Steinhaus Meat Tortelloni emerged as the test winner and the dumplings produced for Rewe even save around half compared to the original product. Both score with the quality rating “good” (1.8) .

The strong, very aromatic smell and taste of the tortelloni are emphasized. The other meat products at Stiftung Warentest are all good to satisfactory and were not as creamy as the two test winners.

Tortelloni with cheese filling are all “good”

The cheese-filled tortelloni are also recommended as a meal. The four products tested performed well in the test. The “Organic Tortelloni Cheese-Herbs” from Rewe scored points in terms of taste and smell with a clear herbal note and received the best result with “good” (2.2) . However, the products from Aldi Süd, Edeka and Aldi Nord also did little worse with good overall ratings between 2.3 and 2.4.

Fresh batter tortelloni – what else to watch out for

Fresh pasta from the cooling shelf is very practical as it only takes a few minutes to prepare. In contrast to the dried instant noodles, however, they don’t keep that long either, usually only a few days, and should be kept in the refrigerator.

Stiftung Warentest also emphasizes that it is standard for finished products to use flavors and other fillers in the filling – but it can also be done without, which is reflected in the test results. The eggs in the pasta dough (proportion between 3 and 30 percent) also come mostly from floor farming. Only the organic tortellini from Pasta Nuova do without eggs, the organic pasta from Hilcona and Rewe contain eggs from laying hens with enough space to run out.

Be the first to reply